From mostarda’s own Latin etymology, “mustum ardens”, the mind is intrigued even before the palate, and encouraged to delve into a world of grape juice, made spicy by the mustard.

According to legend, mostarda was discovered completely by chance in medieval times. In an apothecary, a piece of melon fell by accident into a barrel filled with honey. When it was later found, the fruit was still as fresh and fragrant as if it had been freshly picked, giving off an exquisite taste. 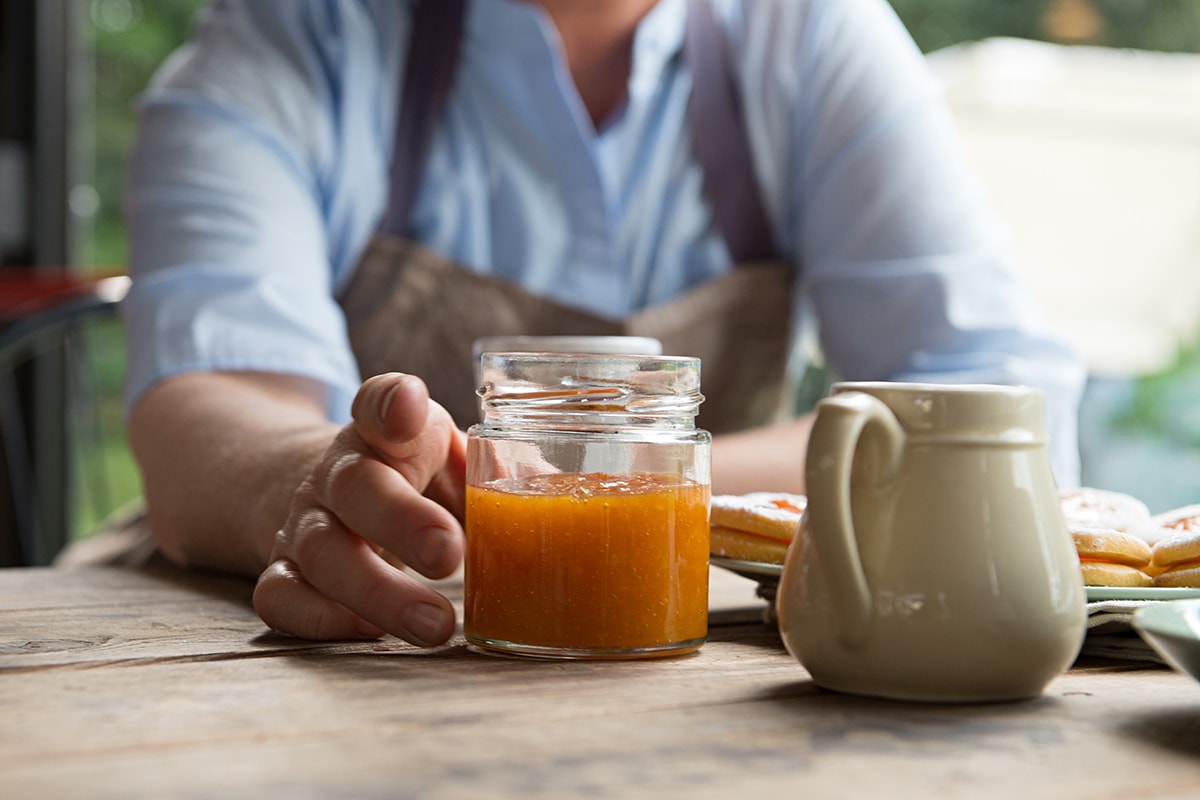 From legend to reality, the versions change but the magic remains

History sees it appearing in many classic works of Latin authors, as an accompaniment for important dishes. The first written document “Fruit Mostarda for festive season” dates back to 1393 and is attributed to Galeazzo Visconti, Duke of Milan; whilst the oldest recipe prepared with fruit, mustard and sugar, without the grape juice, was found in seventeenth century Belgium.

From that point on, cookbooks began to include it as a main ingredient, to the point that in the 19th century there were up to 93 different varieties. Expert pharmacists and grocers, the modern “apothecaries”, are employed in its preparation.

1900 – It is only in the first years of the 20th century that the story of Lazzaris and his mostarda begins.

Mixing sugar with quinces, candied fruit and mustard oil, Luigi Lazzaris, the daring pastry chef of Conegliano Veneto, created a sauce with perfumed notes that won over all of his customers.

His fame quickly spread to the great international exhibitions of the culinary arts. Like a modern day celebrity, the spicy and sweet compote was awarded 6 gold medals, spreading word of the quality of the Lazzaris brand throughout the world.

1922 – At number 37, Via XX Settembre, the first small factory was set up for the production of Lazzaris Venetian Quince Mostarda.

A tradition that has been handed down from generation to generation, from Luigi to Eriberto, from Claudio to Alberto.

Wars pass, the locations change, and the brand is renewed through experimenting with new techniques and innovative products.

From the Venetian mostarda to that from Cremona and from Mantova, from quince to the delicious fruit sauces to pair with cheeses: it is a story of success made from continuous research and innovation, new approaches and innovative processes in response to modern market requirements. But, above all, it is a success that results from the quality of product selection, as well as organic cultivation.

From generation to generation, from product to product, we pass on the values that have always distinguished us:

Staying true to our roots without losing sight of quality and innovation.

Passion, even in the smallest of gestures