Although many people don’t know the quince tree, it is actually an extraordinary tree, widespread in the area nearby Conegliano (near Treviso), where Lazzaris has been living and working for over 100 years. Around the early ‘900, quinces were one of the main ingredients in the creation of Luigi Lazzaris’ mostarda.

That’s why it is so important for us to tell you about the quince tree, a spontaneous fruit tree, it is very ancient and native to Asia Minor. It dates back to 2000 B.C. when it was cultivated by Greeks and Babylonians. This tree is so resistant, easy to grow, and rooted in the rural culture, in fact, a town not far from Conegliano is named after this tree: namely Codognè, city of the quinces.

Many people think that quinces are a mix between an apple and a pear, but they are not right. This misunderstanding arose because they belong to the same family: Rosaceae Maloideae. The difference lies in Genus: apple tree is Malus and pear tree is Pyrus, whereas quince tree is Cydonia. Its botanic name is Cydonia Oblonga.

Quince trees grow 4 to 5 meters high with regular foliage and deciduous leaves, covered in soft fuzz. During the spring months this foliage is enriched by white or pink flowers revealing the fruit: bright yellow coloured, quinces have an even more intense smell than the flowers. They are apple-shaped fruit, often irregular and sometimes even pear-shaped, that’s why sometimes people think they are pears, but actually, there is no difference between these fruits. 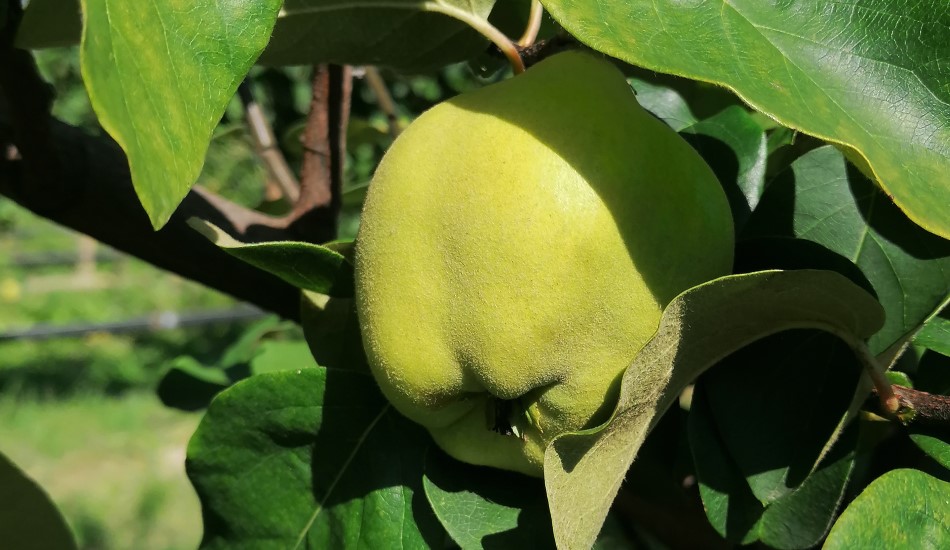 They have a very hard pulp and a sour mouthfeel, even when they are ripe. That’s why quinces must be eaten only when they are cooked.

The quince tree is mostly growing in the western Mediterranean and China. In the past, Italy has been one of the countries that played a role in the spreading of this fruit tree, but in the ’60s their distribution has been reduced since it was much more advantageous to cultivate other fruit trees to sell their products.

As already revealed, the quince tree is very resistant and easy to grow, few treatments are required and it’s not necessary to protect it from parasites or bad weather, such as hail storms or frost. In the past, the climate helped quinces to grow spontaneously in Veneto or Lombardy.

The best soil suitable for this cultivation

Northern Italy was naturally so rich in quince trees, that many towns linked their stories to the story of these plants, namely Codognè, as mentioned before. That’s exactly in Codogné area that many farms decided to restart the cultivation of quince trees to bring this crop back to light and stand out in the market. Lazzaris is committed to preserving this traditional culture, we have been cultivating our quince trees for more than 30 years, with our large orchard located in Vazzola, nearby Codognè. For this cultivation to flourish again we believe that the whole community has to cooperate: that’s why we support the project of Codogné Public Administration, we welcome our local farmers and accept their quinces for our production of Venetian Mostarda, quince sauce, and many other products made with quinces.

When to prune quince trees

Even though quince trees never reach a big size, they need to be pruned in January or February, just after the leaves have fallen. In this phase, you should decrease the quantity of new wood by shortening the new branches. This is also the best time to remove the damaged branches. While managing the orchard it is important to follow the protocol: pruning, maturing, or treatments, to have a good harvest, prevent any diseases, and keep the plants healthy.

Quince picking starts at the end of September and it goes on until the end of October. In Italy, the yearly production of quinces amounts to 4-4,5 tons and the fruit picking in Lazzaris’ fields contributes with 1,8-2 tons, thus making the quince production in Codognè one of the most important in Italy. 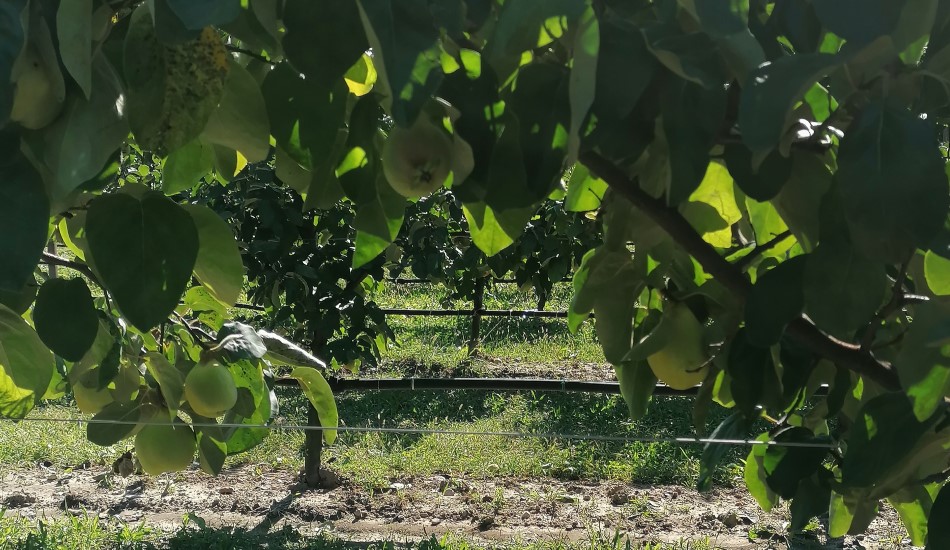 The products made from the fruit processing may be attributable to the farmer culture and they are mainly linked to the winter and Christmas time. They are mostly used to prepare marmalades and jams, such as the typical quince jam, mostarda, or the traditional quince jelly. There is more: sweet recipes with quinces includes also cakes for breakfast and other baking recipes.

As we have seen, quince must not be eaten raw, because they are very stringy and sour. Because of their healthy properties, in the past, they were not used in cakes but mainly as a natural remedy, perfect to cure the body and to take care of it. Quinces boiled in water and sugar were used to cure sore throat, cough, bronchitis, or as a hair treatment. They were also commonly used as laundry freshener. Since they are long-lasting – also after-ripening – and they are very scented, quinces were commonly placed in the wardrobes to perfume the clothes.